The most widely used messaging program today received an update for both iOS and Android that are worth highlighting. 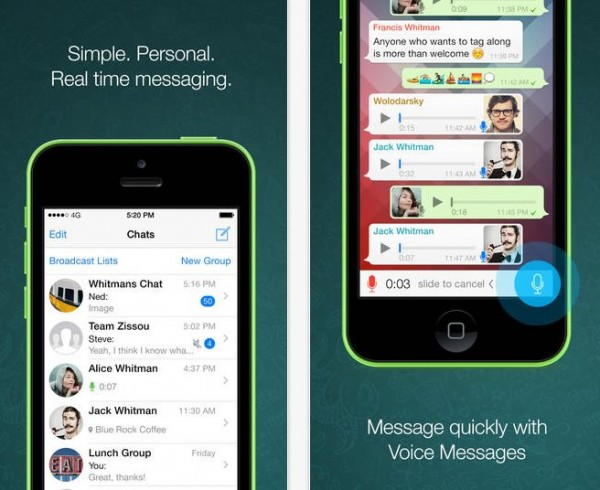 Comes with the option to archive chats and groups, add comments in forums and videos, use a speed button to take and send photos, video sharing in slow motion (for iPhone 5s), providing the ability to trim videos before sharing, location sharing, self-discharge add new options, configure new latest wallpapers and ringtones notifications and include screenshots to indicate a problem.

All these developments have been developed with the update for iOS 8 which will come this September, although many users are claiming because the text bar has been reduced to include the new photo button. It has also enabled the “last minute connection” on users who had turned off, thus being necessary to disconnect the functionality to be able to maintain this information secret. 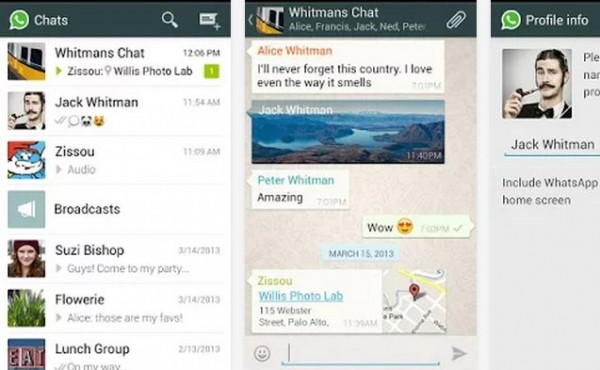 The android version does not have many new features: improved settings to mute chats have added support for android wear (allowing the use of smart watches whatsapp) also include the option to archive conversations Fixed several existing problems.

These developments are given in the same week that includes videoconferencing Viber your messaging system, which is still waiting impatiently on Whatsapp, which seems to be taking too long to implement a decent set of VoIP.